When we started working on our new website, we quickly faced challenges often encountered with single-page application frameworks: enabling search engine optimization (SEO) and crawlability. The problem with these kinds of applications is that you only have one .html host file, which has two important consequences:

Thankfully, each of these problems can be solved.¨

This is actually a simple fix. We can use GWT’s Document class to change the title when our section is attached to the DOM:

We could create MetaElements and inject them into the head section manually when our section is attached to the DOM :

This seems a bit cumbersome and isn’t quite what webmasters are used to, so perhaps we can do better. This is where GWT-SEO comes into play. It allows us to define meta properties in the UiBinder’s ui.xml file as a Widget, almost like we would define them in an html file. The library will then create and inject the defined meta elements in the head section when your View is attached to the DOM, removing the need to register your own AttachHandler.

Now that’s better! Notice that the title is also handled, which means no more document.setTitle() is needed either!

Moreover, since we’re within a UiBinder, we can therefore take advantage of the power of ui:msg to internationalize our properties (more details on using GWT i18n with UiBinder in an upcoming post!). In the meantime, you can take a look at our website for a live example of GWT-SEO using i18n, and especially at the sources of the website to see more in details how it was done, or at the source of my bee page for a specific example.

More often than not, when implementing a single-page application, the content of the section will depend on some data fetched from an AJAX request (e.g. : a product page in an online store). GWT-SEO can also help you with that, although it requires some Java code in your request’s callback. Let’s say we have a Presenter that retrieves a Product when the product’s dynamic page is loaded, and passes it to its View through the setProduct method.

The advantage of using GWT-SEO, versus manually creating MetaElements to inject dynamic properties, is that it prevents duplicates by replacing existing properties with new ones, by leveraging the injection of derived tags (title and og:title, description and og:description, etc.).

But what good would all that do if crawlers like Google or Facebook can’t retrieve the fully rendered version of the page?

Making your application crawlable could be the topic of a whole other blogpost, but I will discuss it briefly here.

Most crawlers nowadays implement a simple directive that allows us to serve different content when a hashbang (#!) is encountered in an URL. So the first step is to make sure your section URLs contain hashbangs. For example, a crawler fetching http://www.arcbees.com/#!/support would replace the hashbang with the escaped_fragment query parameter, in this case : http://www.arcbees.com/?_escaped_fragment_=/support (take a look at the rendered DOM).

Now that we have a way to identify crawlers’ requests, we need to serve a rendered version when we detect the _escaped_fragment_ query parameter to ensure the crawler doesn’t need to run any JavaScript code to access the content. To achieve this, we need something like HtmlUnit or PhantomJS to retrieve our webpage and process the JavaScript until we have a fully rendered page. Or better yet, use GWTP Crawler Service, which handles everything for us, from detecting crawlers’ requests to generating a fully rendered page!

Writing the meta properties for all the sections of your single-page application will allow you to be better ranked on search engines, and give you a chance to stand out against your competitors. It will also make your pages easier to share across social medias, which is, in this 2.0 era, mandatory for any web page. SEO and crawlability are easy things to overlook when developing your application, but to ignore them is to miss out on a substantial number of potential visitors!

Hi again Dartisans. Here’s the second post I promised you. For those of you who haven’t seen the first post, I made a summary of the Dart Developer Summit 2015.

Ferhat Buyukkokten and Ted Sander highlight how Google’s Ads team uses Dart to build their web applications. This is a good demonstration of how Dart can interoperate with other existing systems. It’s also a nice confirmation that Google is dedicated to Dart for its new projects.

Mathieu Lorber and François Saulnier from Instill.io explain how they managed to build their video creation web application with Dart as their front-end technology. Yet another good example of how Dart can be used with other technologies (in this case Java) for the back-end. They also explain in details how they transitioned from Angular.Dart to Polymer during their development. It’s interesting to see how they did it, because I personally did the opposite (moving from Polymer to Angular).

Devon Carew and Luke Church built DartPad, an IDE for Dart in the browser, as open source and with open source. In this session, they show you how to unit test, measure code coverage, trigger Continuous Integration, and deploy to the cloud, all with open-source tools and libraries. The most interesting part about the tools they presented here, is how they leverage the power of Google Cloud Platform with AppEngine, the Managed VMs and the Memcache.

I decided not to put all questions and answers because some of them were a bit too specific, but here are my favorite ones, which I think will be of interest to more people.

Jason Daly shows how they created the UI of Google Fiber with Dart, and how it integrates with other languages in their infrastructure. With all the other alternatives to Dart, he also explains why they still picked it, and what they got out of it. It’s a good example of how Dart can be used on embedded devices, not without good challenges.

Dart for the Internet of Things

Dennis Khvostionov of DGLogik shows their new IoT platform called DSA, and how they implemented it end-to-end with Dart. We can see their WYSIWYG IoC application editor (DGLux) built on top of their Open Source platform (DSA).

Moving from Node.js to Dart

Faisal Abid tells how he ported the API of his native Android stock simulator game Market Wolf from Node.js to Dart. Since Node.js is so popular, many people probably asked themselves whether Dart or Node.js would be the best choice. Here Faisal explains why he went to Dart, and what’s been beneficial for him since then.

Kasper Lund presents a demo of Fletch, an experimental runtime for Dart that makes it possible to implement highly concurrent programs in the Dart programming language. He shows how it can make native applications run on Android and iOS.

Sky: An Experiment Writing for Android with Dart

Eric Seidel presents Sky. Sky is an experimental, high-performance UI framework for mobile apps. Sky helps you create apps with beautiful user interfaces and high-quality interactive design that run smoothly at 120 Hz. This presentation contains multiple demos, and gives us a little sneak peek of the a functional programming style inspired by React that Sky uses. It will be fun to see how in the future Sky and Fletch will interact (if they will). 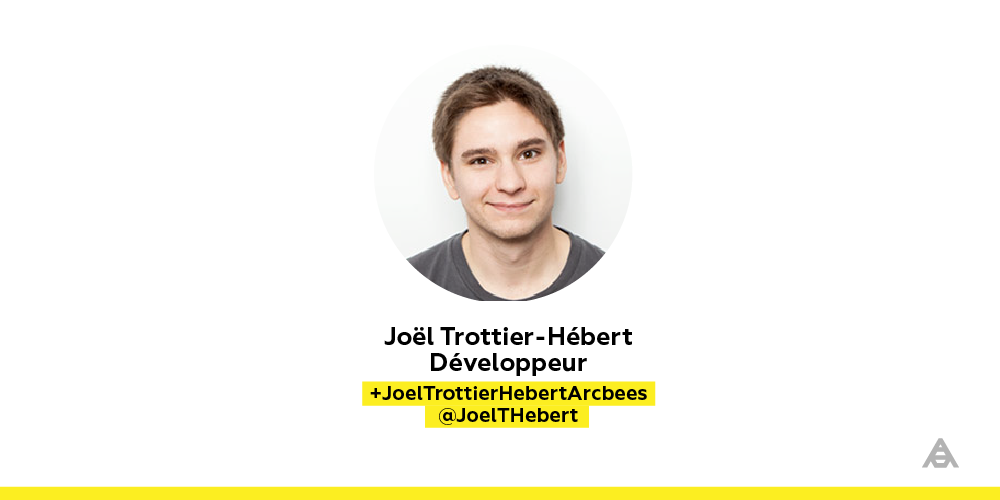 GWT-Chosen is used by an increasing number of people through the GWT community and we’re proud to deliver this new release. Several enhancements had been made, but the two major ones are the addition of a new option that let you position the dropdown on top or below the text box and, to make sure that we continue to deliver to our users a product that can evolve quickly without regression problems, we added a lot of integration tests using Selenium.

The full list of closed issues can be found here and an example of the new dropdownPosition option can be found under List of options in our documentation.

Have fun with this new release! 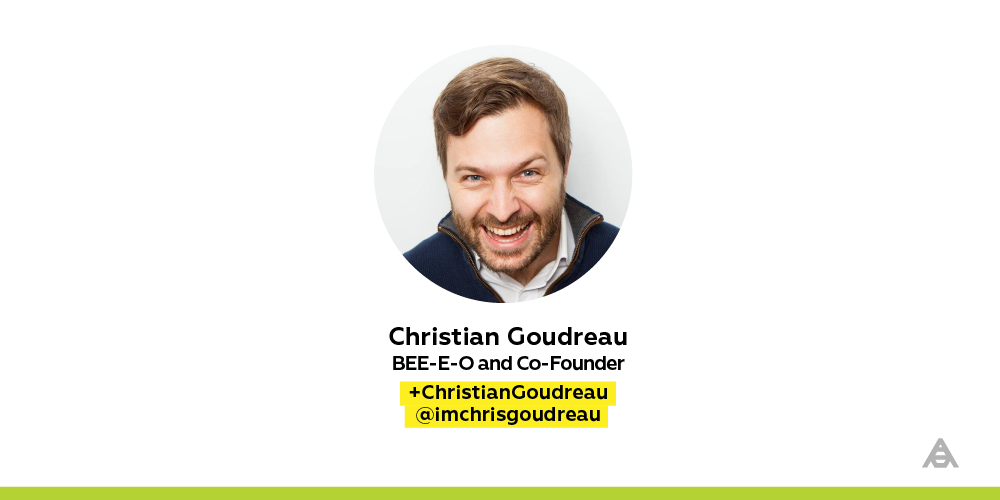 Update: The highlights of the day 2 are out!

Hello Dartisans, I’ve had the chance to watch the Dart Summit live streams and I’ve been a good student. For all of you who don’t have time, or are just interested to remember what was said, I’ve taken notes during all the presentations.

Disclaimer: These are my personal notes, to the best of my comprehension. If you find anything wrong with them please let me know and I’ll update this post. Also, if you feel I missed some important information, let me know, I’ll update this.

So I’ve structured the highlights by talk, stating what I found the most interesting or thought was the most important. I’ve noted most of the information as bullet points.

This first post only contains notes about the first day of the summit. A second will come in the next days, with all my notes for Day 2.

For all of you who want to watch the whole talks, there’s now a Youtube Playlist available. Enjoy!

Dart co-founders Lars Bak and Kasper Lund who are Software Engineers at Google, tell us what’s coming in the next year for Dart and its ecosystem. I like how they’ve put emphasis on how Dart is there to stay for a long time, and how Google uses it.

Florian Loitsch, Software Engineer at Google presents Dart’s asynchronous features. He makes a very good introduction to async/await and its derivatives for Iterables. He also presents the package stack_trace to get more useful information from stack traces for asynchronous code.

Erik Ernst, Software Engineer at Google shows how using traditional reflection might not always be a good choice, especially for Web applications in Dart. He then brings on the table a solution to the problem of increasing code size: the new package Reflectable.

Ross Smith and Arturs Vitols of Willowbrite tell us their story of how they made a mobile game with Dart. They present us what their biggest challenges were, and how they succeeded. I couldn’t resist buying the game to try it. Ends up being pretty fun! Get it here. I was also very impressed by their home made editor.

John McCutchan and Todd Turnidge, Software Engineers at Google give us an overview of the Observatory in Dart. This is probably my biggest surprise of the day. I didn’t know much about the Observatory, but wow, I’m surprised at how advanced it is, and at how much it can do. I’ve taken a lot of notes here, you really should watch the whole demo.

Dart for the Web: State of the Union

Dan Grove and Kevin Moore, Software Engineers at Google tell us what the current state of Dart is, and in which direction the Dart team will go for the next year. This was probably the talk I wanted to watch the most because of the recent changes related to the Dart team’s objectives (with the VM not going in Chrome). There were great announcements during this talk.

Angular 2.0 is now in Developer Preview

Getting the Most Out of dart2js

Stephen Adams, Software Engineer at Google shows us how static analysis and type inference work in dart2js. He also gives tips to help dart2js producing smaller, faster JavaScript code. This should be watched by anyone who is confused (or are not sure) about how the type system works in Dart.

John Ryan of Workiva explains how they switched to Dart in an existing big scale application. He presents us why they switched, what they got out of it and how they did it. This should convince people who think that Dart doesn’t scale well or that it doesn’t blend well with other technologies.

Eric Woerner, Director of Software Architecture at Trustwave tell us their story of migrating their customer portal to Dart. We learned what they discovered, what frameworks they use, and how they leverage the power of each of them. I was surprised at how they integrated Dart to an existing Flex application.